Have you watched Single’s Inferno - the latest Netflix’s hit show about Korean singles seeking for love? The reality show is designed for singles to stay on a deserted island with limited facilities. It has a unique concept, since singles can only escape from that abandoned island, if they got a date. The single and his/her date will enjoy a date night in a luxurious hotel suite called Paradise.

On the show, we see 5 single men and 4 single women with different backgrounds and characteristics, and they added several more singles in the middle of the season. The fact that they have no idea about the age and occupation of each person at the beginning, becomes the unique selling point for this reality show, and keeps them guessing.

Here are 5 love lessons from Single's Inferno that single men can learn:

The first love lessons from Single’s Inferno is to know when to push and pull. Most of the female participants in the show admitted that their ideal type is a guy who can take initiatives and is able to voice out their minds. On the other hand, you need to know the difference between taking initiative and being too aggressive. Remember that ladies tend to need more time to build connections and form attraction towards someone, compared to men.

Show that you are interested in the other person by paying attention to what they’re saying, asking questions and spending time with them. However, after doing the ‘push’, they can also step back to ‘pull’ - while giving the chance for the other person to respond or maybe miss them a little. Just like Oh Jin Taek and Kim Hyeon Joong on the show, while chasing their crushes, they are still giving the ladies space to get to know other singles.

2. Be true to your feelings

The second love lessons from Single’s Inferno is to be true to your feelings. It goes without saying that it takes effort to meet someone new and to be in a relationship. Throughout the show, all the singles had to express their feelings by sending secret messages to the person that they like, inviting them for a 1-1 time to talk, or to a date in Paradise. At the same time, there comes a time when the men lose interest in their initial crush after their 1-1 date, and that’s ok. Importantly, know what you want and do not lead the other person on.

3. Don’t be too quick to judge

When the participants see each other for the first time, the men express their interest in the ladies they’re most attracted to, based on first impressions and physical appearance. However, as they get to know them better, they realize that their real personalities are different. In dating, try to spend more time and get to know your dates first before judging them too quickly. The truth is, you may be surprised.

4. Sense of humor is attractive

After a long day, having someone who knows how to make us laugh is great. Oh Jin Taek stood out in this way, as he often threw in pick-up lines and cracked jokes to make his dates laugh out loud and feel more comfortable. You don’t have to be a stand-up comedian with a lot of punchlines, but not taking yourself too seriously and being able to just be silly is highly attractive to women.

We all like to feel appreciated and complimented on, and one way to make a good impression is to give compliments. In the show, one of the male participants, Moon Se-hoon, cooks very well, and we see him constantly preparing meals for everyone. Even though he does most of the work, we see him commenting to everyone that one of the female members was the one cooking the dish and even sent a message to her that it was the best fried rice he had. He did it again in a later episode and gave credits to another member. It’s a small but a thoughtful and attractive gesture to make someone fall for you!

From the moment Song Ji A appeared, all the men (and viewers) were captivated by her appearance - her perfect hair, make-up and fashionable dress. Throughout the show, we see her putting a lot of effort into dolling up every morning before stepping out to meet the men. After all, it is a dating show indeed, and she knows how important it is to look her best. This is something that we also remind our singles to do - always put in the effort to groom and show the best version of themselves on dates because first impressions do matter.

Women nowadays are smart, independent and brave to make decisions about their lives including in choosing a life partner. Don’t be afraid to be vocal about that. If you are interested in a man, show your interest by making some initiatives. Throughout the show, Ji A shows her next-level flirting skills that we all can learn from. She doesn’t aggressively chase after the men or ask them for a date, but she laughs at their jokes, maintains strong eye contact, answers their questions confidently with her smooth voice, and makes cute/sexy remarks that make the men’s heart flutter. All these gestures are extremely alluring and would draw the men in to fall for her.

Although Song Ji A shows that she’s open in getting to know the men on the show, there’s this air of mystery that men feel when they’re around her. Of course in dating, you want to show your personality to your dates, but you can keep the men guessing, just like what Song Ji A did. At first, she appears cold and unapproachable, but on the other hand, she shows a strong and independent side of herself by offering to help cooking and getting water. Similarly, you can show a different layer of yourself every time, because we’re not just one thing right? Get them to wonder, “Wow, she’s so interesting, I can’t wait to know more about this girl” and look forward to discovering more about you.

Attractive women don’t need to shine all the time. For example, sometimes women who are introverts may worry that they are not as loud or talkative as other women, and it makes them feel insecure. Each of us has our own strengths and weaknesses. Ji A is quiet, and she does not stand out in physical challenges or as sporty as the other ladies in the show, but she shines in 1-1 interaction with the men as she knows what to say to drive them crazy. Ladies, know yourself and your strengths, and play to them.

Another thing that Ji A does really well is talking (or implying) about the future that gets men excited about what they will have together. Comments like “You think I’m cute now? I’m a lot cuter when I’m with my boyfriend. You’ll be surprised.” These hints are enough to keep the men thinking and wondering about the possibility of being with her and what it’s going to be like. This flirting technique is something the ladies can try on their next date!

All episodes of Single’s Inferno have been completed. You can watch this as a lesson or even just for fun. Perhaps we can’t find such an opportunity to go on dates in an abandoned island with many singles, but the opportunity to find a single is still wide open if we are willing to explore. If you need a place like Inferno or Paradise virtually, you may try using dating apps or engaging a professional matchmaker like Lunch Actually! 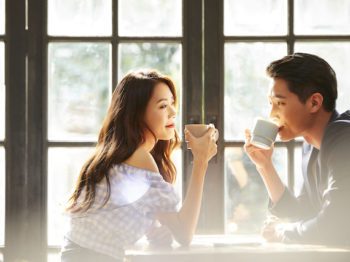