Types of people who are most likely to cheat, according to research Finding out that your significant other cheated on you is a horrible feeling. You feel like your heart has been wrenched out and stomped on. You feel like your relationship is now filthy and that it has been tainted by that one moment of thoughtlessness and folly. So why not save yourself the heartache by not dating a cheater in the first place? Well, apparently, scientists have been asking the same question as well. Through their studies, they’ve managed to deduce which kinds of people are most likely to stray. Researchers from the University of Missouri found that there is a high probability of active Twitter users becoming engaged in the kinds of disputes with their partners that ultimately result in infidelity. This study has been published in the online journal Cyberpsychology, Behavior, and Social Networking.

So what was the methodology involved in the study? 581 Twitter users responded to questions about the frequency of them tweeting, replying to tweets, scrolling through the Twitter timeline and using direct messaging. It was discovered that the amount of Twitter use has a directly proportional relationship with the amount of discord in a relationship arising over the use of Twitter. And no wonder, too – I know that I would hate it if my boyfriend spends the limited time we have together scrolling through his Twitter feed. The study’s author, Russell B. Clayton, stated that “it is plausible to speculate that (Twitter-related) conflict could lead to unfavorable relationship outcomes such as cheating, breakup, or divorce”. Perhaps Twitter-related conflict is different from other kinds of conflict (fighting over chores, for example) because frequent Twitter users tend to perceive their account as an extension of themselves. The ability to voice opinions freely without the expectation of any sort of real-time, real-life backlash may allow frequent Twitter users to develop a personal connection to their accounts. This means that Twitter users can easily construe arguments over their use of Twitter as personal attacks, and therefore, Twitter-related conflict drives a deeply emotional wedge between couples. Feelings of victimisation and being misunderstood result in these users turning to affairs to satisfy their need to be accepted by a partner. Although, for those who are already dating social media addicts, take heart: Since the study mainly engaged surveyees through Clayton’s and The Huffington Post’s Twitter pages, the sample size may be an inaccurate representation of the general public. It is inherently skewed towards followers of the two accounts.

Furthermore, Clayton also said that “some couples share joint social networking site accounts to reduce relationship conflict”. That may be a viable option for you if you are looking to prevent conflicts that lead to infidelity. Your partner’s choice of fragrance may be related to his/her tendency to cheat.

Watch out if your boyfriend/husband wears a light, woody cologne, or if your girlfriend/wife wears a bold perfume. A survey conducted by Gleedon, a European dating site for those looking to conduct extramarital affairs, found that male cheaters count Yves Saint Laurent’s L’Homme, One Million’s Paco Rabanne, and Chanel’s Bleu among their favourite perfumes. Female cheaters favour fragrances such as Shalimar by Guerlain, Coco Mademoiselle by Chanel, Hypnotic Poison by Dior, Very Irresistible by Givenchy, and La Petite Robe Noire by Guerlain.

Although a few of these fragrances are simply really popular scents, it could also be that men who are likely to cheat are more inclined towards portraying a more proper image of themselves. After all, cheaters are often more image-conscious than most: the majority of them want to know that they are adored by many and are thought of in a positive way. So subconsciously, these men gravitate towards fragrances that are less heavy and musky than others. Women who are likely to cheat, on the other hand, may naturally lean towards more sultry and seductive scents because of a desire to feel sexually attractive and provocative. Does your husband work in engineering? This may mean he’s more likely to cheat.

Did this surprise you as much as it surprised me? Who would have thought the computer geeks would be the most unfaithful? As far as professions go, Information Technology and engineering aren’t exactly the sexiest ones. But according to a 2012 Ashley Madison study, where over 11,000 fathers with Ashley Madison accounts were surveyed, married men in the fields of IT and engineering make up 10.6% of cheaters.

It is unclear why exactly this is the case, but speculations include that people working in technology are comparatively more open to the idea of beginning an affair on an online extramarital dating website, while others may prefer more traditional methods of finding someone to hook up with. Working in such a technical field may also preclude engineers from discussing their work with their spouses in more detailed and specific terms. This frustration at a communication gap in the relationship may manifest itself in infidelity.

Although these studies claim to have found that certain types of people are more likely to cheat than others, ultimately, you need to remember that cheating remains an intensely personal decision. Whatever characteristic a person has that makes him/her likely to cheat, it is ultimately he/she that has to make that final decision to hurt someone through infidelity. So, there is really no hard-and-fast way to tell if your partner is going to cheat on you. Besides, even chronic cheaters can change, if they are in the right relationship (although, I don’t endorse setting out a relationship with the end goal of correcting your partner’s cheating behaviour – you’ll just be setting yourself up for heartbreak and disappointment). Therefore, take these studies with a pinch of salt. At the end of the day, if your partner does cheat on you, don’t blame yourself for not seeing the “signs” earlier on – there’s no way you could have. 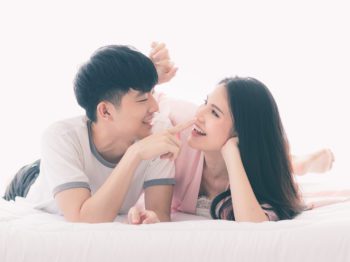 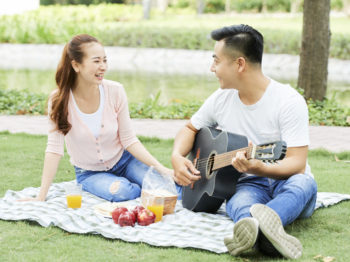 Best Valentine’s Day Date Ideas in 2021
Whether you've been together for two months or two decades, it's no secret that coming up with some great Valentine's Day ideas can be stressful. While things may look and...